TRIGGERING YOUR SELF CONTROL

The vast majority of the time, an errant shot on an intended target can be directly traced to trigger control. Mas Ayoob of the Lethal Force Institute is right on the money when he says the trigger is “the heart of the beast.” Jim Cirillo finds trigger placement so important that his grip of a handgun starts from the trigger and he works his way back to obtain the grip. You know the drill: you walk down to the target to see one or more bullet holes in some dreaded nether region south by southwest of the bulls-eye. Folks, make no mistake, the most perfectly refined sight picture is for naught if you violently manipulate the trigger and anticipate the firing of the shot. It ain’t the gun’s fault. It did what you told it to do. All too often instructors will tell the student about their trigger control or lack thereof, however no one seems to tell that student what the fix should be. Here’s the short version.
Finger Placement

Let’s begin with the trigger finger’s placement vis-à-vis the trigger. We recommend the trigger be placed at the distal joint of the index finger or what we call the “power crease.” Those of you with any revolver background (if there’s any of us left) will recognize this as the proper placement to run a handgun in double action mode (Figures 1, 1a). The distal joint will give you optimum power to smoothly manipulate the trigger straight back. Some with tell you to use the tip or pad of the finger, as it is the most sensitive. That’d be great if you wanted to feel the surface of the trigger for imperfections perhaps. Power and control is what we want. Give the following little test a try: Extend the index finger of your weak hand as if flashing the number one at someone. This will represent the trigger and its resistance. Now come up with your strong hand trigger finger and put the pads of the fingertips together (Figure 2). Press back with the strong hand finger as you would a trigger and see how far the straight finger will bend. Now try the same test using the distal joint (Figure 3). Roll the trigger finger back. Feel the increase in power there? That’s what you want when running a full-power fighting handgun. Fine motor dexterity flies out the window under the inescapable effects of body alarm reaction.

Press the trigger, pull the trigger, caress the trigger. Call it what you want, but what needs to happen is a smooth nonstop rolling motion straight to the rear. When the shot breaks, the trigger finger should be close to a 90-degree angle to the trigger face (Figures 4, 4a). Use the amount of pressure necessary to make the shot break and no more. The trigger manipulation can be fast or slow depending on the amount of precision you need to make the shot you’re trying to make, but in no case should it be violent. Dry fire practice is a valuable way to achieve this felt sensation and will not damage any modern handgun. Be sure to triple check the gun is empty and aim at something inanimate that can safely absorb the most powerful round the pistol is capable of firing. Take the sight picture and smoothly roll the trigger back until the hammer falls. Did the front sight move? If it did, you did it wrong. Fifty perfect trigger presses nightly will hardwire that sensation into long term muscle memory.

Another important but oft-overlooked concept is follow through. Once the shot has broken and the trigger is fully to the rear it must be released forward for follow up shots. The most failsafe method is to maintain contact with the trigger and let it move fully forward at the same speed with which you pressed it. The marksman’s trick of letting the trigger return only far enough to reset the sear or “catch the link” as John Farnam puts it, can have disastrous results. When shooting fast with a loss of fine motor dexterity the tendency is to not let the trigger forward enough. The result is at best a momentary pause in the firing and at worst a perception that the gun has malfunctioned somehow. We call it “double clutching” the trigger. Catching the link is an absolute master’s technique.

Believe it or not there are more things to talk about when it comes to trigger control but you were promised the short version. Want to know more? Come to class, and we’ll talk…….. 😉 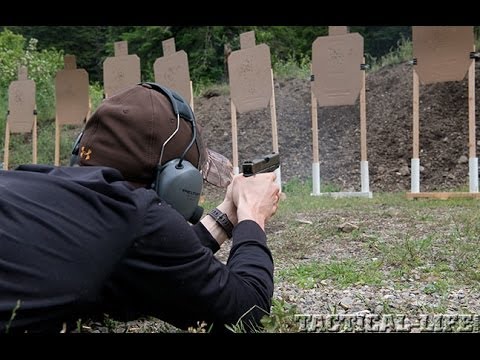 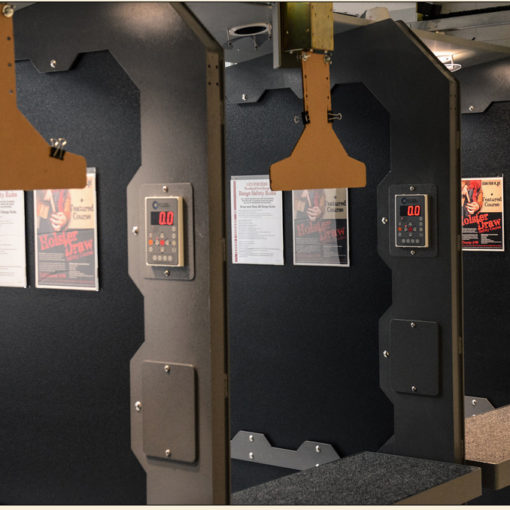 Drills for the Public Range 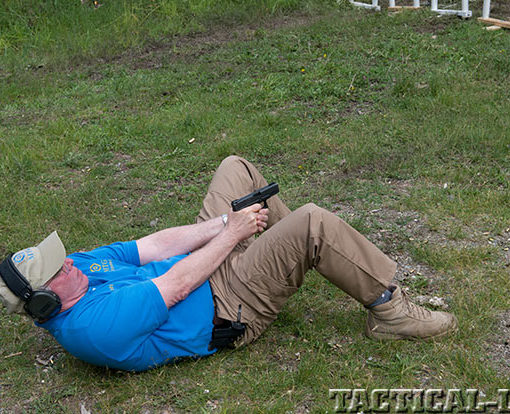 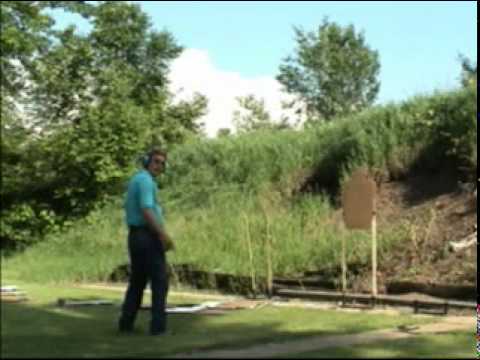 ﻿ Bob Houzenga doing the “Bill Drill” with a revolver.

I have attended 6 of MTGs Pistol courses in the last 3 years, most recently Mastering the Revolver on May 19, 2019 at the Illinois State Rifle Range in Bonfield, IL. I have always been impressed with the quality and safety of the instructors. I have attended several training courses at other professional gun schools but MTG surpasses them in all of the aspects I feel are most important. Their professionalism is clearly based on their experience. If you want to improve your gun handling skills, this is the group of that will take you to the next level.

The Intro to Defensive Pistol class is the 2nd course I’ve taken from MTG. I have taken courses from other instructors. The MTG team with Andy Kemp, Bob Houzenga and Rose and Jim brings a level of professionalism this is uncomparable. They are committed to their students success. This one day course is a pack filled day (lot’s of BANG for your buck) yet MTG knows how to set a manageable pace using breaks, didactics, and humor. Most impressive is the emphasis on safety. I was amazed when Rose spotted a potential risk from a distance and swooped in to avert the risk. During my first class I had a violation that Bob spotted right away and suffice it to say I’ll never make that mistake again. I’m 60 years old with failing eyesight and only a couple of years of shooting experience but now I can shoot sub 4″ groups at 15′ with a subcompact pistol thanks to MTG
Bill Clark-Assistant Professor of Clinical Psychiatry and Behavioral Sciences, Northwestern University

Midwest Training Group offers firearms training of exceptional quality and safety to students of all levels, from beginner to experienced. Class sizes are limited to ensure that all participants receive appropriate attention. Bob, Andy, Rosalie and, on occasion, qualified ancillary instructors, provide a friendly, congenial atmosphere while focusing students’ attention on firearms safety, concepts of firearms and range etiquette and effective shooting techniques. Any given MTG class is likely to contain a handful of previous students: further evidence of the value of MTG courses to a wide range of students.

Experienced trainers with a real background are not easy to come by in the LE training.  You guys were great and practical.  Hope to see you again.